Atlassian’s SourceTree is probably the best GUI for Git, but is only available for Windows/Mac. It integrates with gitflow but does not have a good built-in merge tool.

nvie/gitflow is a useful tool based on to implement a branching model as described in this famous article by Vincent Driessen (this tutorial also helps). The model uses clearly specified master/development/feature/release/hotfix branches that are automatically supported by the tool. For instance, you can:

We should aim to lower the amount of useless git commits in our git history. For instance, in the below screenshot we have 23 commits but 10 merge commits: 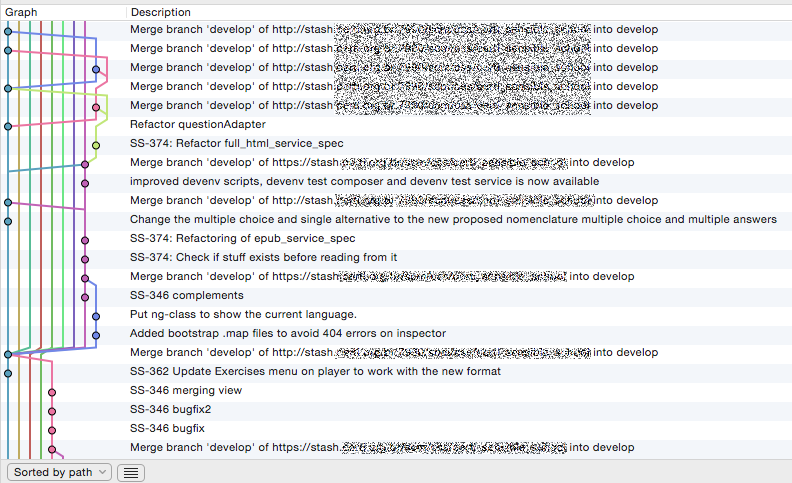 too many merge commits!

This happened because people were working and commiting locally but not keeping their local repository in sync with the remote. When trying to push, someone else had already commited to the remote and that would cause an ancestor conflict; this would mean that when pulling a new automatic merge commit would be created (merging the remote and local branches).

To prevent that from happening: